Are you moving to Charlotte but concerned about crime? While the Charlotte, NC crime rate is higher than average, there are many safe parts of Charlotte, NC where you can feel comfortable walking alone at night and letting the kids play outside in the neighborhood.

As you explore Charlotte, NC neighborhoods, this Charlotte crime map from the Charlotte-Mecklenburg Police Department can be helpful to see hotspots for criminal activity.

As a general rule, the safest neighborhoods to live in Charlotte are in East and South Charlotte. That doesn’t mean many communities in other areas, including downtown or Uptown Charlotte, aren’t also safe! However, you’ll find the lowest crime rates in these communities.

One of the highlights of the neighborhood is the Hembstead Swim and Racquet Club (HSRC). The swim team is open to HOA members and outside members and the community offers tennis courts, sand volleyball, a large playground, and wooded walking trails for residents only.

Wessex Square – Beautiful & Family-Friendly Neighborhood in One of the Safest Areas in Charlotte, NC

Home to the Cedarwood Country Club, the Wessex Square community is one of the top-rated safe neighborhoods in Charlotte, NC for families, millennials, and retirees. While one of the most expensive parts of the city and bordering the affluent communities of Ballantyne and Arboretum, residents enjoy tons of amenities along Highway 16 and Highway 51 including the large Arboretum Shopping Center.

You’ll find many home options in the community with several apartment buildings like the upscale Arboretum Apartments and Bexley at Springs Farm.

Providence Plantation is located in South Charlotte amid other affluent swim and golf communities like Raintree Country Club and Hembstead. It’s one of the best neighborhoods in Charlotte, NC for families who appreciate recreational amenities and want a safe community with good schools.

The neighborhood offers something for everyone, from its upscale retirement community to neighborhood parks, the Brace Family YMCA and  Hemby Activity City-YMCA. There are two excellent swim facilities too: the Providence Plantation Racquet & Swim Club and SwimMAC Carolina for social, recreational, and athletic activities.

The Sardis Forest subdivision in East Charlotte is one of the best places to live in Charlotte, NC if you’re looking for low crime and good schools. Served by the highly rated East Mecklenburg High School, this quiet, residential subdivision has larger single-family homes built in the 1970s. You’ll find Sardis Forest right on the border between Charlotte and Matthews close to amenities like Cinemark Movie Bistro Charlotte.

Sharon Woods – One of the Most Affordable Safe Neighborhoods in Charlotte, NC

Sharon Woods isn’t just one of the safest Charlotte neighborhoods, it’s one of the most affordable with a median home price well below the city median. This small neighborhood is home to 200 homes built in the 1970s with a strong sense of community. It was even ranked as one of the best and safest places to live in NC and among the top 100 in the nation!

Sharon Woods is part of the SouthPark area of Charlotte, an upscale community known for the large SouthPark mall. It’s popular with young professionals and families alike with the Harris YMCA and BWE Swim Club offering social and recreational opportunities.

Providence Crossing – One of the Largest Neighborhoods in South Charlotte, the Safest Place to Live in the City

The community is nestled against the Blakeney Shopping Center and walkable Waverly development with shopping, restaurants, and office space. Residents enjoy the community Flat Branch Nature Preserve and some of the best schools in the city.

What are the bad areas of Charlotte NC? Most of the worst neighborhoods in Charlotte for criminal activity are in West Charlotte, although there are a few pockets of high-crime communities in South and East Charlotte.

The high crime areas in Charlotte NC below have a crime rate 250% to almost 500% higher than the city average!

Most of these neighborhoods are together in a cluster in West Charlotte immediately north of Uptown or the city center. This area, particularly along Arrowhead Road, Sugar Creek Road, Beatties Ford Road, and LaSalle Road, is home to a large cluster of motels with a large transient population, high rates of assault, robbery, and prostitution, and gang activity. This area was once one of the most dangerous neighborhoods in America.

Downtown or Uptown Charlotte is generally considered safe to visit as long as you are aware of your surroundings and stay in well-lit areas after dark.

What parts of Charlotte should I avoid?

The West Charlotte area just to the north of downtown, including the neighborhoods of Washington Heights, Lincoln Heights, and Tryon Hills, includes the worst neighborhoods in Charlotte, NC with very high crime rates.

Is it safe to live in Charlotte, NC?

Charlotte has a high crime rate, but a large share of violent crime occurs in a single area north of downtown. There are many safe Charlotte neighborhoods with crime well below the national average.

Are you ready to make Charlotte, North Carolina your new home? As you can see, Charlotte is a safe place to live as long as you know the areas to avoid, like most cities. In fact, there are many sprawling, gorgeous neighborhoods and safe suburbs of Charlotte, NC with crime far below the national average!

Once you’re ready to discuss the details of your upcoming relocation, the friendly Charlotte movers at Make a Move are here to help. Give us a call to schedule a free, affordable moving estimate so you can start exploring your new neighborhood after a stress-free moving experience! 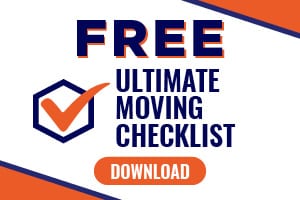 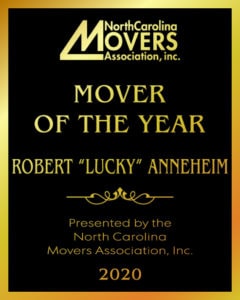